Definition of Occupation and Classification of Mental Illness in question 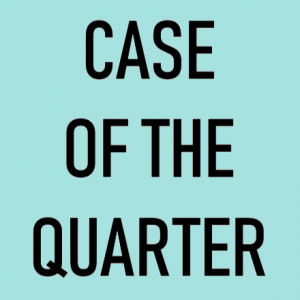 In a claim against Metlife Insurance in the District Court of Western Australia, Terence Ward alleged that Metlife breached the terms of the income protection policy by discontinuing payments. Trial Judge Stevenson dismissed the claim on numerous grounds.

The grounds on which Stevenson DCJ dismissed the claim and the detail supporting the grounds on which the appeal was upheld sheds light on not only the ambiguity of key policy terms, but also the importance of quality income protection arrangements.

Mr Ward was employed by PriceWaterHouseCoopers (PWC) as a Director in the Tax and Legal Services Group.  He was responsible for around 20 direct reports, and worked between 50-60 hours a week in a specialised area of taxation law.

In early 2009, Mr Ward suffered from a major depressive illness.  He took 6 weeks off work, utilising his sick-leave,  before returning to work on a part-time basis.  After Mr Ward returned to work, he was not coping and his performance deteriorated and by November 2010, Mr Ward’s employment at PWC was terminated.

As part of his employment contract, Mr Ward was offered group salary continuance cover, as an ‘add on’ to his group life and disability cover, provided by MetLife. Premiums were deducted from his salary.

In December 2010 MetLife determined that Mr Ward was no longer ‘disabled’ for the purposes of the policy and ceased claims payments.

The parties agreed that the issue to be determined was what Mr Ward’s entitlements were under the policy (if any) in the period from 1 January 2011 until the conclusion of the trial. This was defined as ‘the relevant period’. After a trial, the Trial Judge dismissed Mr Ward’s claim.

…. solely as a result of illness occurring whilst this policy is in force a covered person is:

Occupation means the employment or activity in which the covered person is principally employed by the employer.

Given Mr Ward did not suffer an ‘Injury’, for him to be considered disabled as per the terms of the policy, he had to show he was suffering an ‘Illness’.  Illness as mentioned above was defined to mean ‘sickness, disease or disorder’.

He did not suffer a ‘disease’. He therefore had to show he was suffering a ‘sickness’ or a ‘disorder’. Neither of those terms were defined in the policy.  The requirements of (b) and (c) of the definition were met.

Furthermore, the Trial Judge held that:

There were five grounds under which Mr Ward sought to appeal the original judgement. He contended that the Trial Judge erred in:

A threshold question for the Court of Appeal was whether Mr Ward was suffering from a disorder which amounted to an illness in the relevant period.

The Court of Appeal overturned the decision at trial and determined that Mr Ward was entitled to be paid Benefits for the Relevant Period.

The Court of Appeal found that Mr Ward was Disabled (i.e., not Partially Disabled) and held that “there is no support in the expert evidence for allocating some of the plaintiff’s symptoms to his personality type and others to his mental illness.”

Before the Court of Appeal, McLure P (with Buss J agreeing) noted that the insurer must take the insured as it ﬁnds him, and “if those personality matters underlie, intensify or delay recovery from symptoms attributable to a major depressive disorder, they are not, causally or otherwise, relevantly separate”.

In regard to Mr Ward’s ability to perform his Occupation by reference to clause 12 of the Policy, the leading judgment of McLure P stated:

“Having regard to the type of work undertaken by the appellant (advising clients on taxation and legal matters (focusing on the GST), supervising, managing and generating work for the staff in his team, marketing and other ‘rain making’ duties and his level of seniority reflected in his high charge out rate) the only reasonable finding open on the evidence is that the performance of the appellant’s duties involved problem- solving, multi-tasking and simultaneously managing a number of projects.

The Trial Judge should have found that the appellant’s deficiencies in problem solving, multi-tasking and managing a number of projects, in combination impaired his capacity to perform all facets of his duties with the consequence that throughout the relevant period the appellant was unable to perform at least one or more duties of his position at [the firm] (sic) that generated at least 20% if his monthly salary as at mid-2009.”

Ambiguity of what ‘Occupation’ referred to was one of the causes of dispute.  A quality insurance policy should clearly define those important terms.  For example, in relation to the Disabled definition, one leading retail insurer defines Disabled as:

……Solely because of a Sickness or Injury, the Life Insured is:

* unable to perform one or more of the important income-producing duties in the Life Insured’s Own Occupation…..

It then goes on to define Own Occupation as:

The ruling provides guidance against an insurer attempting to allocate some of a claimant’s symptoms to their personality type, without relevant evidence.

The Trial Judge does not identify the particular symptoms said to be attributable to the appellant’s personality type or why the other symptoms attributable to his major depressive disorder were not a disorder and therefore not an Illness…….

…….. The insurer must take an insured as it finds him or her, including their personality types and features. If those personality matters underlie, intensify or delay recovery from symptoms attributable to a major depressive disorder, they are not, causally or otherwise, relevantly separate. Moreover, there is no support in the expert evidence for allocating some (unspecified) plaintiff’s symptoms to his personality type and others to his mental illness.

The policy was offered by Mr Ward’s employer, as part of his employment contract.

Mr Ward did not have a specialist insurance adviser on his side assisting him with the claim.

The general quality of the key policy definitions are inferior to those found in retail advised income protection policies available to the public.

Although the Court of Appeal’s decision to reinstate payment of benefits until age 60 was the maximum Mr Ward could hope for under this policy (as per clause 6.4 of the policy) which provides for cessation of payments at this age, a more widely accepted benefit period under a retail income protection policy would be a more favourable ‘to age 65’.  If Mr Ward had held this type of policy personally, it is possible that if his illness continued he could have received replacement income payments for a further five years.

To view a full copy of the Court of Appeal’s decision, click here.

For a confidential and obligation free discussion or review of your personal circumstances, please contact us.

<<PREVIOUS ARTICLE
ARTICLE 1 OF 16
NEXT ARTICLE>>